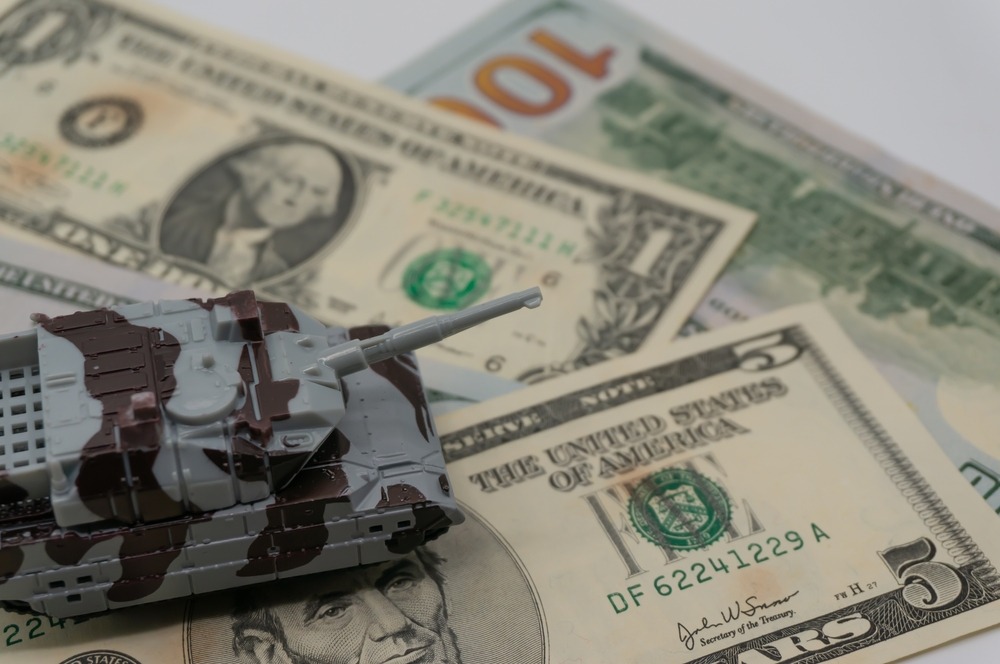 2021 saw the third consecutive year of military spending growth, and you’ll be surprised to learn – we’re sure – that Russia was behind a large part of it. In total, last year’s global military spending increased by 0.7% to reach $2.1 billion.

There are lots of reasons why countries invest in their armed forces. For some, it’s because they’re planning an invasion. For others, it’s because their neighbors are planning an invasion. If nothing else, it can give a welcome boost to the economy. One thing’s for sure though: When global powers like China, the US and Russia start plowing their money into the military, it normally triggers a race. And with a full-blown invasion already unleashed in Europe, the forecast is that military spending in Europe will increase drastically over the next couple of years.

The US is the global leader in military spending, and a huge part of this comes down to the country’s commitment to research and development. The US military excels in both size and technology, meaning that if sheer numbers didn’t cause you a problem in wartime, its extremely futuristic technology sure could.

The same sort of technology, we’re sure Mr. Putin could use. Russia isn’t just bringing up the rear when it comes to military spending, but it falls a long way behind the US. Combine the amount of money both China and Russia invest in their militaries, and it still doesn’t touch the sides of what the US invests. So for now, there’s no sign of anyone knocking us off our perch when it comes to military dominance.