Let’s BeReal for a minute 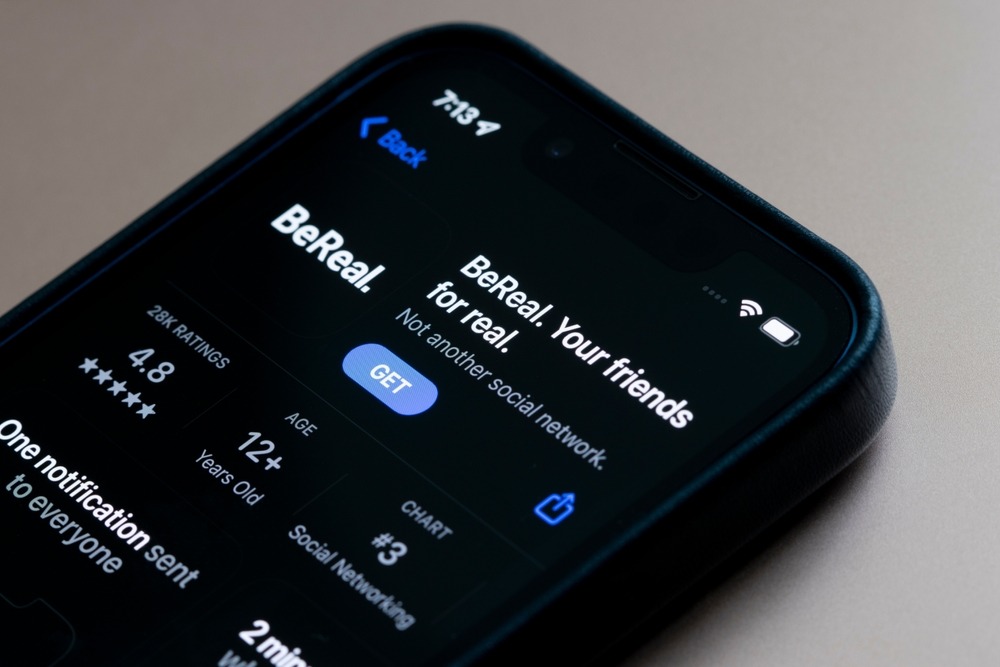 A new take on Insta and Snapchat is the talk of the digital town, this week ranking in the top 20 free apps on iOS.

Let’s be real for a second. We’ve all heard the same criticism of Instagram before. You know, the one that goes, “Everything’s so fake and edited! Nothing feels real. It’s all just curated to show off the best, most photogenic moments of someone’s life.” Well, now there might be a tonic. Welcome to BeReal, founded in France by Alexis Barreyat and Kévin Perreau.

On BeReal, you can share one unedited photo a day, and you get the invitation to do so at a random time. This means you can’t control what you’re up to when that notification arrives. Instead, you have to, y’know, be real. As a part of the concept, you have just two minutes to take and post a picture. Wait longer than this, and you’ll still be able to share a shot, but it’ll be marked as late.

There are plenty of unique features on BeReal that set it apart from aesthetic-focused social apps. For example, you can only see and comment on friends’ posts if you post that day – meaning your lurking days are numbered unless you get involved yourself.

BeReal has around 10.7 million global installs under its belt so far, but to give you some context on how fast the photo-sharing app’s been growing: The current recorded record high happened in April, and that figure was up 157% from March.

Right now, the company behind BeReal is valued at $600 million. Though the monetization strategy for the app, which doesn’t currently include any advertisements, is unclear, that hasn’t stopped hordes of investors from taking the plunge. Will BeReal BeMainstream in a year or so? Only time will tell.