Biden and Trump eye up re-election 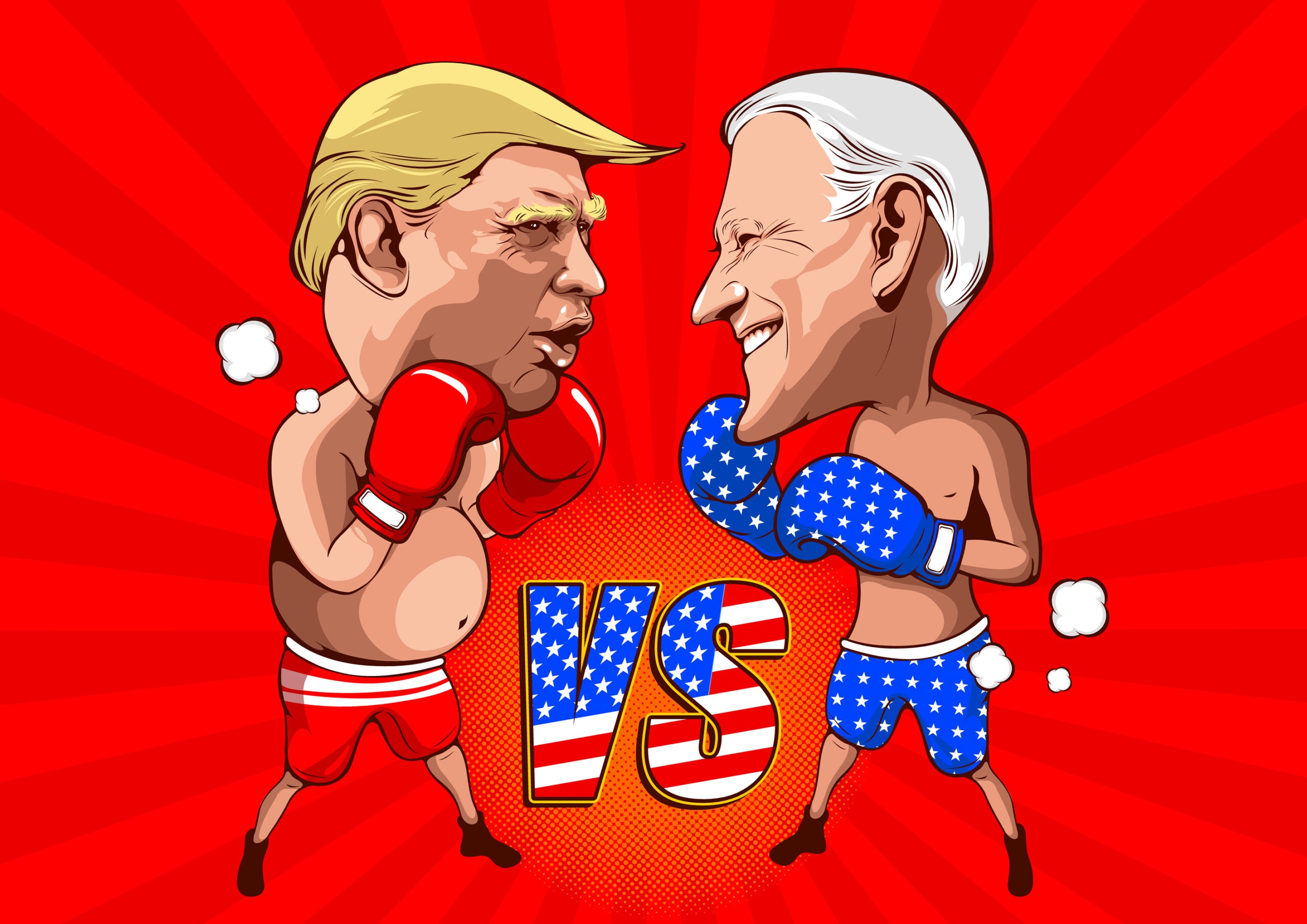 Every 60 seconds, someone in the US launches a bid for the presidency.

It’s said that great rivals spur each other on: Gates vs Jobs, Federer vs Djokovic, Marvel vs DC. And while it might be a late entry, the country is quaking as Trump and Biden eye each other up for the 2024 race.

Too early, you say? It’s never too early to put yourself in the spotlight. It’s always election season in the US, and with only a couple of years to go until the next election, these two political titans are already oiling the wheels for another heated race.

The stage is set. Biden hasn’t had the presidency of love and reconciliation he might have been hoping for. An unexpected pandemic overturned Trump’s last campaign, and now battling inflation and a seemingly imminent recession are giving Biden cause for concern. Collapsing support from younger age groups – a core Dem demographic – is another reason for him to worry. No surprise he’s looking to cancel student debt.

But things haven’t been easy for the opposition either. Since ‘accidentally’ launching a coup d’etat, the Donald has been battling to clear his name politically and legally. But despite his troubles, his constant campaigning seems to be pushing him back to the top of the GOP house – as J.D. Vance’s Ohio senate primary victory shows. If nothing else, Trump has deep pockets. And the deeper your pockets in politics, the closer to power you move.

All eyes are now turning to November’s midterm elections, which typically punish the incumbent administration. The not-so dynamic duo will need to lay their cards on the table before long, with expectations that the pawns will begin moving soon after the midterms are announced. If you were hoping for a little slice of political stability, we’ve got bad news…