Union goes in for a bite of the Apple 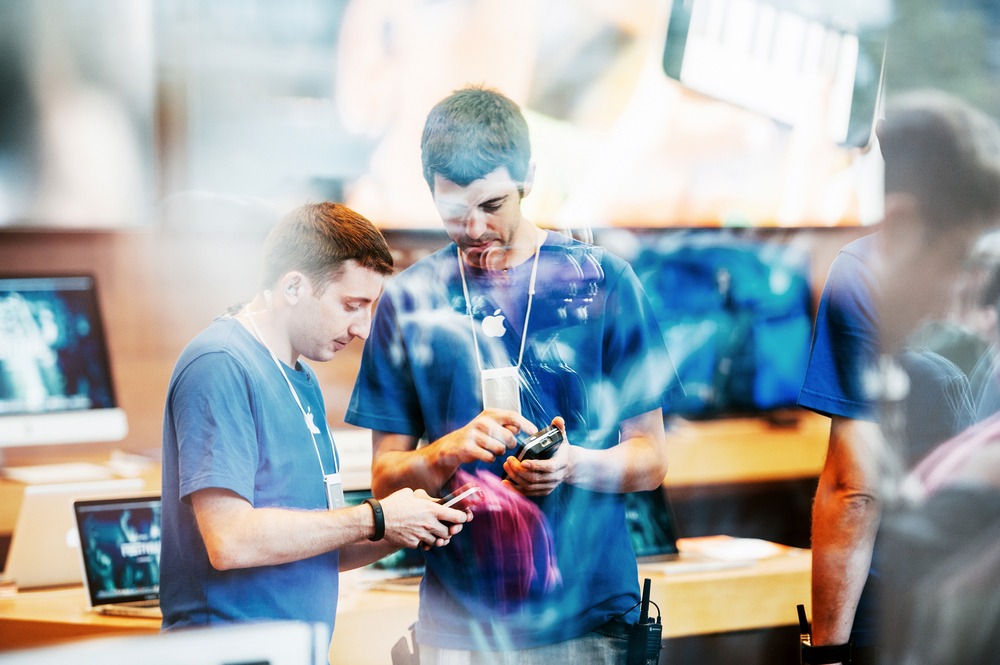 The US union movement is in full swing – and Apple workers could be next in line.

All aboard to Grand Central

The union drive across the US is in full swing. And having watched successful unionization efforts at Starbucks and Amazon, Apple’s frontline workers are getting ready to jump on the union train – and where better to start than its Grand Central Terminal store in New York.

The group of workers behind the unionization push, known as Fruit Stand Workers United, are seeking signatures from 30% of colleagues at the store, after which they will qualify for a union election. The store itself is “extraordinary”, according to the group’s website, “with unique working conditions that make a union necessary”. And while the move has grabbed the headlines, they now need to knuckle down and get their fellow workers onboard.

Fruit Stand Workers United has joined forces with Workers United, a national labor union that recently helped Starbucks workers. The newfound Apple union group will be hoping to follow in the footsteps of its counterparts, who have kickstarted a unionization effort that has seen 17 Starbucks stores voting to unionize, including locations in Seattle, Arizona, and upstate New York.

While no official comment has come from the higher-ups on the unionization efforts, few brands are better than Apple at PR. But with the world and its workers watching, Fruit Stand Workers United’s next steps could have huge implications.