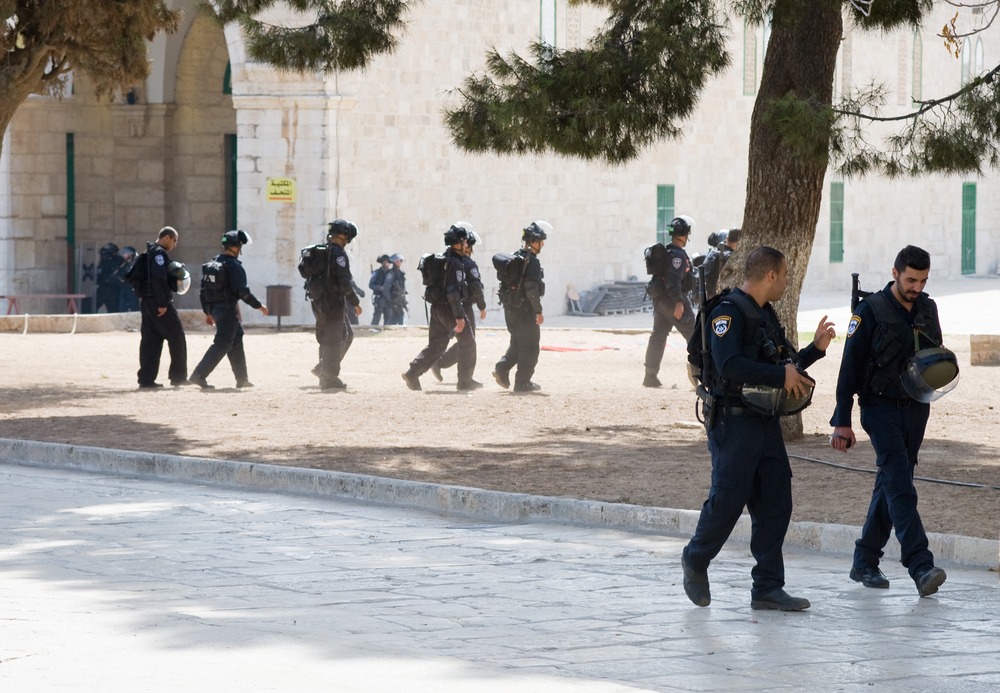 More than 20 people were injured as clashes resumed at the Al-Aqsa Mosque.

With Easter, Passover and Ramadan all coinciding on the same weekend, tensions between Jerusalem’s religious factions have boiled over once again. In a resumption of last year’s clashes that saw hundreds injured, Israeli police and Palestinians have been staging running street battles since Friday, with at least 170 already injured.

According to the police, clashes broke out on Sunday after “hundreds” of Palestinian demonstrators inside the compound began gathering piles of stones, shortly before the arrival of Jewish worshippers. With both Muslims and Jews celebrating holy events, the contested compound had been earmarked as a potential flashpoint well in advance. While claimed as the third holiest site in Islam, it is also seen as the holiest site in Judaism, with Jews referring to the compound as Temple Mount.

Israeli authorities say they are committed to maintaining the status quo between worshipping Jews and Palestinians at the Al-Aqsa Mosque compound. But while Jews have long avoided the site, in recent years large groups of nationalist and religious Jews have marched through and staged religious events in close proximity, often under police protection – something Palestinians claim is highly provocative.

Fears of further escalation are far from unfounded, with last year’s clashes in and around the mosque compound escalating into an 11-day war between Israel and Palestinian militants in Gaza. While the UN has called for calm, neither side seems set on compromise.