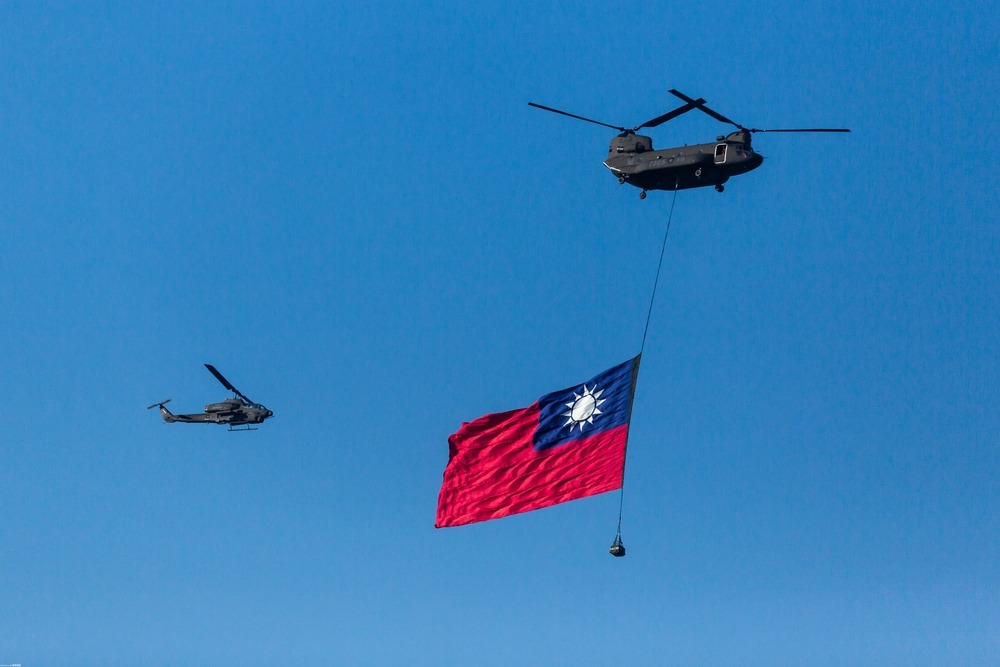 The nation is preparing its people for military action by China… and other unexpected disasters.

While war is never going to be welcomed by a country that’s under attack, it’s a little easier to stomach if you’re prepped to fight back. With growing concern of military pressure from China, Taiwan has put together a handy ‘war survival handbook’. Not exactly light reading for a toilet break – but potentially a lifesaver.

The essential 28-page guide includes tips on how to find bomb shelters using a smartphone, locate essential supplies like food and water, and understand when it’s time to mobilize. It’s been designed to be as simple and accessible as possible, even boasting scannable QR codes for smartphones. Pretty neat, right?

Even though there haven’t been any formal warnings about a Chinese invasion to date, the relationship between the two countries is far from cordial. Back in January, China’s ambassador to the US warned that there could be “military conflict” over the democratic island nation, which China considers its own territory.

The handbook is a solid resource for any extreme situation, including natural disasters. Taiwan was inspired by Sweden and Japan, which have put together similar guides for unexpected situations.

Hopefully Taiwan’s people won’t have to use the advice in a wartime situation anytime soon. But if the situation in Ukraine has shown us anything, it’s that a conflict can escalate to full-scale war in the blink of eye.