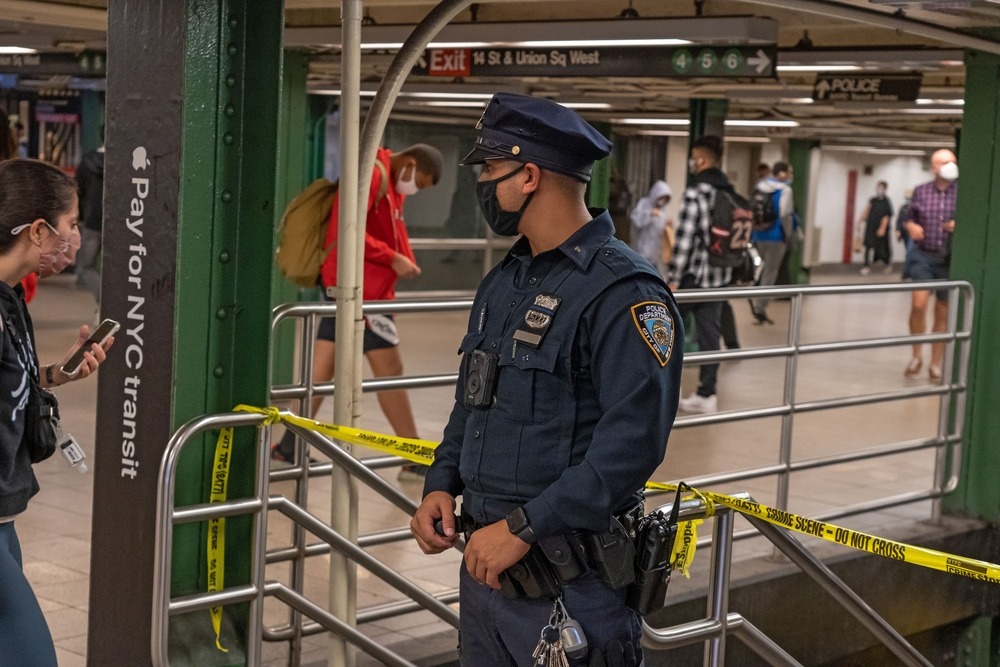 A masked gunman set off a smoke grenade and sprayed bullets inside a rush-hour train in Brooklyn.

What had started as a normal day for New Yorkers quickly turned into a scene of violence and terror. During the rush hour peak, a gunman wearing a gas mask set off smoke grenades and opened fire on unsuspecting civilians.

Leaving multiple wounded, the gunman fled soon after, leaving authorities to piece together the trail that led to the shooting – with a jammed Glock 9 mm semi-automatic pistol quickly retrieved from the scene. Other items, including a hatchet, multiple ammunition magazines and the key to a U-Haul van are believed to be possessions of the attacker.

The shooting, which took place in the NYC subway, is just the latest in a spate of high-profile shootings, and an unwelcome uptick in criminal activity in the subway. There have been a number of shocking attacks, even murders, in the subway in recent months, placing mayoral newcomer, Eric Adams, under added stress only 100 days into the role.

Adams has promised hard action on increasing crime in NYC, particularly in the subway, and while authorities are still trying to piece together exactly what happened, New Yorkers will be hoping that his administration can quickly move to quell crime in the city.