The dawn of the Amazon Labor Union 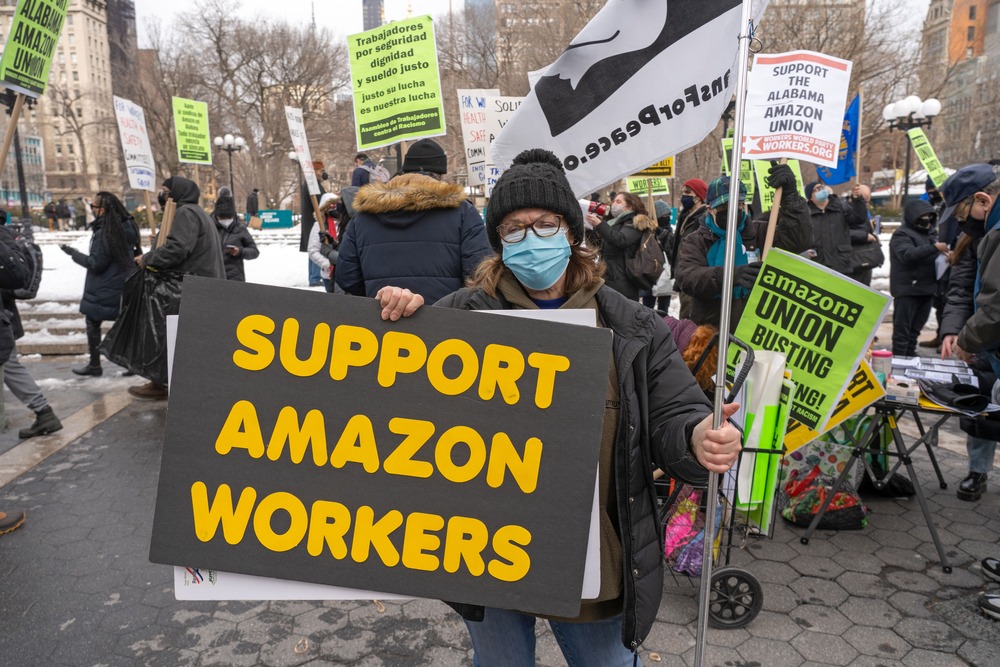 While Bezos was in space, his workers were forming a union.

A long time in the making

Speculation of an Amazon union has been rife for months. Years, even. And while Bezos was blasting off to outer space, the Amazon Labor Union finally took shape. But that’s not to say it was an easy process.

When whispers of a potential unionization drive first reached the retail giant, the company was quick to take underhand measures to stop it becoming a reality. Union busters were hired, organizers were arrested, and workers were invited to meetings where they were warned the situation could get “worse” if they unionized. Efforts fell far short of anti-unionization efforts in Alabama, which according to a judge, were effectively illegal.

The Amazon union comes at a time where union activity in the US is building momentum. From Starbucks to REI and even The New York Times, unions in the US are enjoying something of a golden age. While we’ve all wondered what lifestyle changes we’d like to make after the pandemic, union workers are fighting for their right to strike.

The Amazon union follows multiple complaints about the standards of warehouses in the US. Its demands for a $30 minimum wage, better breaks and substantial improvements to holidays might be bold, but as the saying goes: there’s power in a union.