Russia’s assault gets stuck in the mud 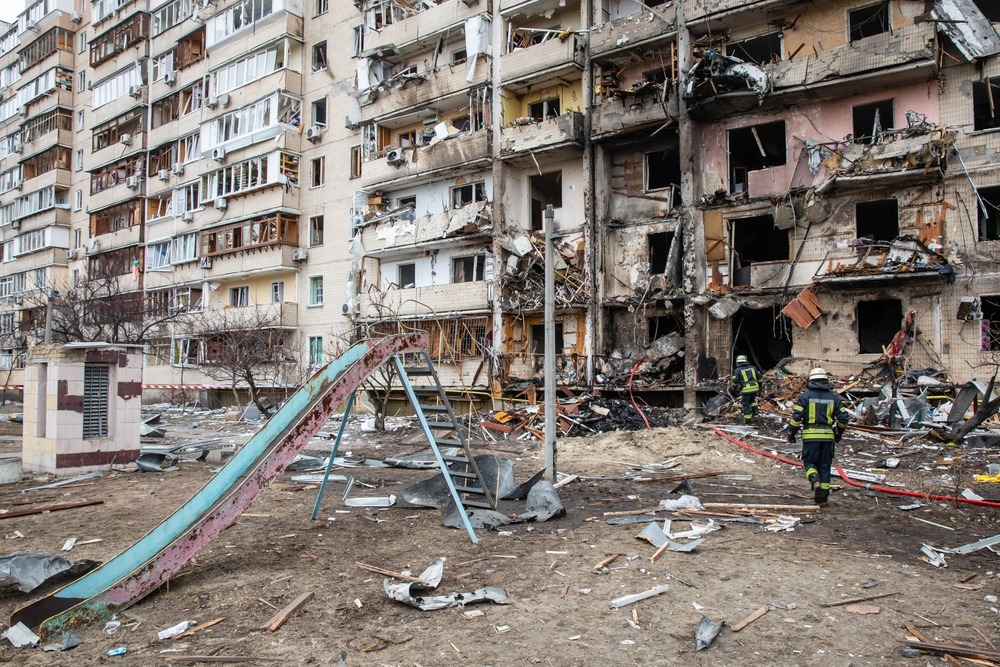 Nearly a month into Russia’s invasion of Ukraine, the wheels are coming off the army’s advance.

Stuck in the mud

Russia’s invasion of Ukraine is stuck in the mud. From taking its key objectives to keeping morale high, Russia’s invasion has not gone to plan. Some of Ukraine’s major cities might well be surrounded by Russian troops, but despite the chaos, Russia’s offensives have so far been repelled.

Instead, it has been waging a war of attrition against unarmed civilians, reducing homes, offices and even hospitals to rubble. In the early hours of Monday morning, Russia’s ultimatum for the surrender of the port city of Mariupol passed, showing that despite the aggression and violence, the desire to fight on is clearly extremely strong amongst Ukrainians.

The view from the ground

Even in areas where Russian troops have ‘occupied’ strategic targets – such as Kherson – control continues to be a loose word. Every weekend, Ukrainians have been rallying in the center of the city, chanting that Russian troops should ‘go home’.

This fierce resistance has been replicated across Ukraine and is partly the reason why the Russian advance, initially slated to be over within a matter of days, has lasted for a month. Footage surfacing on social media showed Russian troops digging in and building trenches, suggesting the war may be here for a long time to come.