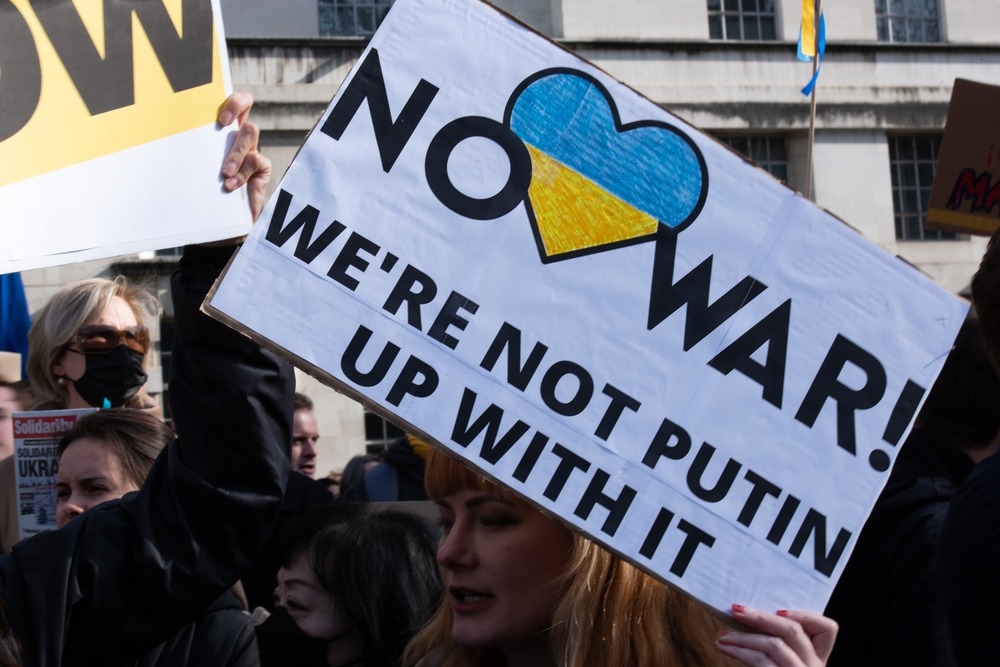 The viral video saw the news producer upstaging a presenter to display an anti-war sign, and the station couldn’t turn away quickly enough.

Russian Channel One hasn’t really built its reputation as being a bastion of independent journalism. Instead, as producer Maria Ovsyannikova’s makeshift sign read on Monday, “They’re lying to you here”.

According to reports, Ovsyannikova had been expressing increasing unease over the Russian invasion of Ukraine, and deciding she had no other option, the prime-time producer stopped Monday night’s news broadcast with an anti-war banner.

The station quickly cut away and Ovsyannikova was arrested. Following warnings from her lawyer that she was missing, and a subsequent 14-hour interrogation, she was brought before a judge and sentenced to a 30,000 ruble fine – that’s $280. Not quite the 15-year jail sentence the Kremlin had promised.

President Macron of France was quick to jump to the aid of the TV producer, and promised to raise diplomatic efforts to ensure Ovsyannikova’s wellbeing – perhaps the reason the judge’s sentence was less severe than expected.

Since the start of Russia’s invasion of Ukraine, thousands have been rising up in protest, with over 14,000 protesters having already been arrested according to monitoring group OVD Info.

Infractions have ranged from high-profile actions such as Ovsyannikova’s, to simply holding blank pieces of paper, protest signs saying ‘two words’ and even expressing a pro-invasion stance on the war. Paranoid? The Kremlin? Who knew?

At the same time as this mass arrest campaign, the regime has been tightening anti-protest legislation. But despite the obviously high-profile nature of some of these protests, few – if any – have been given the maximum sentences. Putin might have a vice-like grip on the country’s legal system, but the lack of severe punishment he’s rooting for may be a source of concern.

Ovsyannikova’s ‘lenient’ fine will do little to deter further protests, leading some to wonder if Putin’s influence may be a little weaker than first thought.