Drones take to the Texas skies 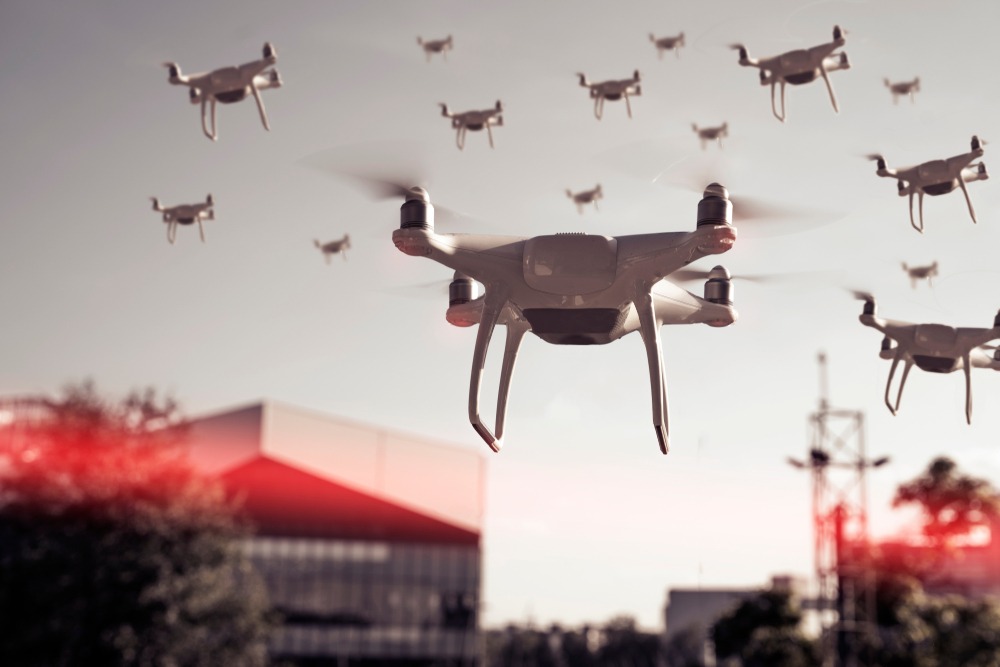 I, for one, welcome our new tech overlords.

When purple-colored drones flew into formation over the Texas sky, some minds started harking back to War of the Worlds. After all, it’s probably fair to say we’ve all just about had enough of airborne drones over the last few weeks.

But instead of a prelude to alien warfare or the summoning of a tech superhero, it all just turned out to be a marketing stunt for the new Halo TV series.

The drone formation, a whopping 300 feet tall and 600 feet wide, hovered above SXSW Festival, where the series debuted its trailer. At times taking the shape of a scannable QR code, the choreography brought equal parts fear, bewilderment and interest from locals watching on.

It’s not the first time drones have been used for marketing purposes. While this impressive 400-strong drone formation caught the eye, it pales in comparison to the unit of 1,500 that took to the skies above Shanghai last year to advertise a different game franchise.

Then, as now, it divided opinion. A clever use of tech or a chilling look into the tech-dominated future? They say all films are timeless, but Don’t Look Up really turned out to be ahead of its time.