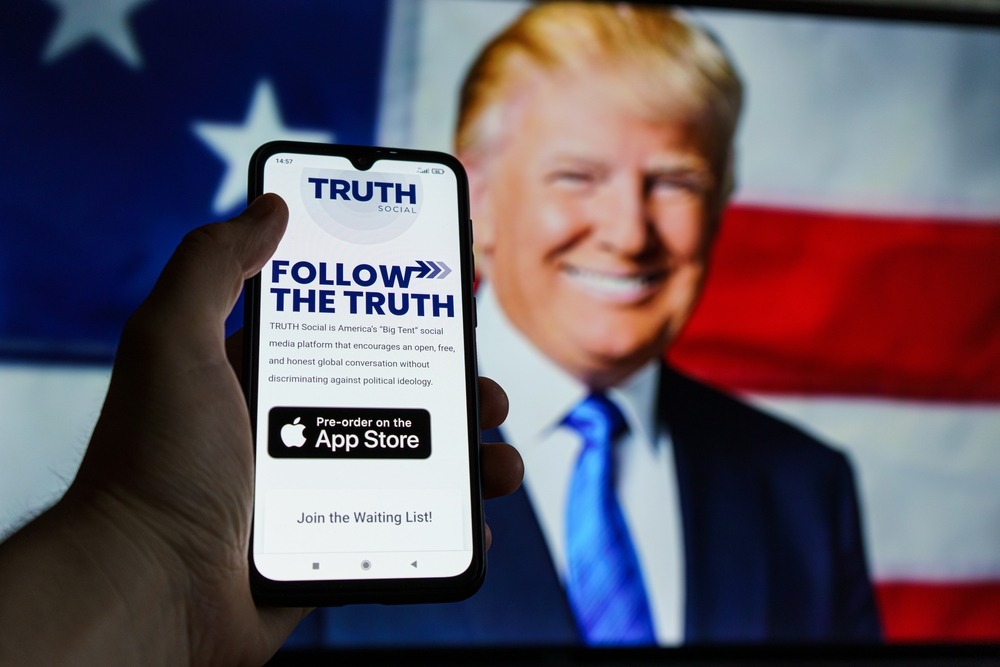 After Twitter gave Donald the boot in early 2021, he’s back with his own budget version of the platform. But the launch was nowhere near as smooth as his hair.

Whether it seems like a lifetime ago or only yesterday that Twitter dumped Trump, now he’s back. Or is he? Many aren’t sure, as they struggle with the Truth Social app.

Yelling into the void

If a tree falls in a forest, but no one is around to hear it – is there any sound? Let’s try that again.

If a former president posts on his new app, but no one can log on to see it – is there any point?

Donald Trump’s new social media app, Truth Social, seeks to encourage ‘an open, free, and honest global conversation without discriminating against political ideology’. Think of that what you will, but whatever beef Trump and his supporters had with his Twitter ban, one thing they couldn’t criticise the platform for was its functionality. The same can’t be said for Truth Social, which has hit all sorts of stumbling blocks since it’s whimpering launch on Monday.

The waitlist for the truth

Trump supporters may have found it easier to access the Capitol building than his new social app on launch day. Android users were immediately left out in the cold, with Truth Social only available on Apple’s App Store.

But even those lucky enough to wield an iPhone struggled to get much further. Many hopeful users were greeted with a glaring red message saying ‘something went wrong’ when trying to create an account, suggesting the wall that Trump built on this occasion was proving a little too effective.

Those that broke through the error message then sat on a waitlist that numbered in the hundreds of thousands, told as they queued that they ‘weren’t just another number’. With many Trump fans left kicking and screaming, the new platform is struggling to recover from its teething problems.